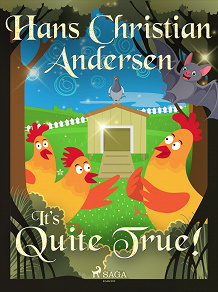 by Hans Christian Andersen
One evening, in a henhouse, something terrible happened. The story spread from one end of town to the other, from chicken to owl, from owl to pigeon and from owl to bat. But, did they all hear the tale correctly?