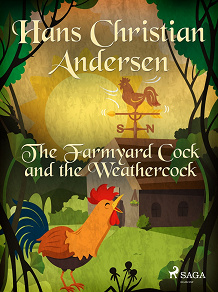 The Farmyard Cock and the Weathercock

by Hans Christian Andersen
There were two cockerels on the farm: one lived in the henhouse and the other was a weather vane. Both thought they were better than the other, but what was the truth?