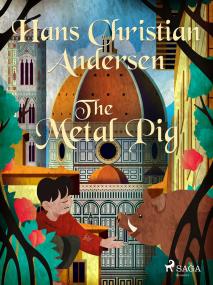 by Hans Christian Andersen
In the city of Florence is a bronze statue of a boar, from who’s mouth runs the water that is collected by the people of Florence. One evening, a poor boy came to drink and found a little lettuce and a few chestnuts on the ground, which became his supper. He then fell asleep on the animal’s back, but when midnight sounded, the animal came to life. And so their adventure began!